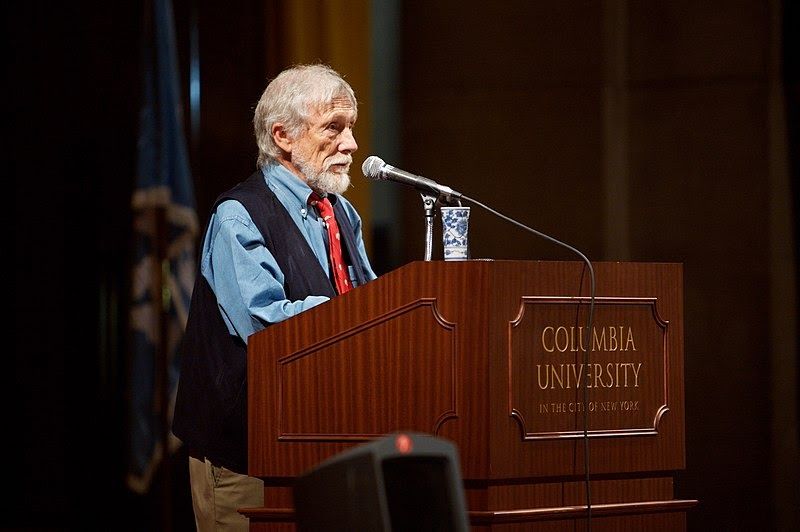 This text is an English translation of an original article by José Luis Regojo, which is authorized by José Luis himself, and which originally appeared in the magazine "política&prosa" in Spanish and Catalan.

Last March 12 marked the 100th anniversary of the birth of the iconic American writer of the Beat Generation, Jack Kerouac. Beat is the name given to the group of founding poets of the literary movement that emerged between the 1940s and 1950s in the USA. Among the main members, in addition to Kerouac, we can find William Burroughs, Lucien Carr, Allen Ginsberg, Lawrence Ferlinghetti, Gary Snyder and many others.

Jack Kerouac's most representative work is "On the Road", written between April 2 and April 22, 1951, and published in 1957. This novel tells the story of Sal Paradise (Jack himself) and Dean Moriarty, (the poet Neal Cassady) who make a road trip, with no clear destination, across the United States, by car. This adventure leads them to know the entrails of their country and the dark side of the American dream. A work full of hedonism, which uses music, drugs and sex as forms of expression of freedom, one of the characteristics of the philosophy of the Beat Generation.

Among Kerouac's other notable works is The Dharma Bums, whose main character, Japhy Ryder, is the alter ego of the poet Gary Snyder (San Francisco, 1930). Snyder shared with Allen Ginsberg and Jack Kerouac not only friendship, but life experiences that marked their later literary careers. Although Snyder may not like it, that friendship with Allen Ginsberg (with whom he participated in the anthological reading of 'Howl' at the Sixth Gallery in San Francisco, which marked the beginning of the Beat Generation) and his character in Kerouac's work have labeled him as a beat poet. Gary Snyder is also often associated with the San Francisco Renaissance literary movement.

Gary Snyder's work, his way of being and living are born from the union of several great vital forces that have accompanied him throughout his life, up to the present day:

The first of these vital forces, respect for nature and Native American culture, is linked to his love of the wild, which is the origin of a whole ideological and political corpus that makes him a revolutionary. As a young man, he worked as a sailor, watchman and forest ranger; in addition, he approached the pacifist anarchist cause (an attitude that Jack Kerouac did not share at all) and support for labor unions. There he began to form the figure of the politically committed eco-poet in search of a return to nature and to the wisdom and philosophy of the Native Americans. His reflections and studies on ecology, bioregionalism and the environment have shown him to be a forerunner of his time and an environmentalist reference in the USA.

Progress and modern life, based on unbridled consumption, the result of the capitalism that rules our world, have broken an essential link with nature, with the wild. A concept, the wild, basic in Snyder's work. For him, another kind of life, of twinning with Mother Nature, is possible and he proves it by living according to what he preaches. Since 1969, he has lived in the mountains of the Yuba River basin, at the foot of the Sierra Nevada, in the state of California. His message on this subject is clear and leaves no room for doubt: if humanity does not recover its wild component, it will not be able to survive.

If we focus on his poetic field, it is evident that Snyder's poetry has two major influences: American transcendentalism and the East. The spirit of the transcendentalist writings of Henry David Thoreau and Ralph Waldo Emerson lead him to exalt nature and describe its diverse landscapes, despite showing an important divergence with Thoreau: the approach to nature, since Snyder, as a Buddhist, finds no difference between sentient and non-sentient beings. Snyder is the Thoreau of the twentieth and twenty-first century, the Thoreau of civil disobedience and of life in contact with nature. Thoreau's Walden is called Kitkitdizze in Snyder.

After finishing his studies at Reed College in Portland, he enrolled in the Department of Asian Cultures and Languages at the University of California at Berkeley. There he studied Chinese and classical Chinese literature. In May 1956 he sailed to Japan accompanied by his wife, the poet Joanne Kyger, where he resided for nearly twelve years near the Rinzai monastery of Daitoku-ji. This trip and his long stay in Japan were the turning point that distanced him from the Beat Generation. The influence that the East, Zen and Buddhism had on his figure marked his life and work, to the extent that they are of obligatory study for anyone interested in the introduction of Buddhism in the West and in the interaction between East and West. Besides his knowledge of oriental languages, his various trips and stays in India, China and Japan, and his conscientious practice of Zen Buddhism in various monasteries, turn this vital force into a way of life. The personal touch that, from a respectful and profound reading, he makes of all this philosophical-oriental culture is his great inheritance. He has managed to lay the foundations of a different Buddhism, one that is socially committed to change the world. Snyder flees from Western philosophies, excessively intellectualized and often detached from reality, and finds in Eastern philosophy a way of life, as simple and profound as the one he leads. This new philosophical conception is called Buddhist anarchism. The basis of this new philosophy can be found in a text of his published in 1961 under the title Buddhist Anarchism in the Journal for the Protection of All Beings (no. 1, City Lights, 1961). A revised version subsequently appeared under the new title Buddhism and the Coming revolution in Earth House Hold (New Directions, 1969).

All these vital forces that we have discussed so far converge in the person, the Gary Snyder as a mythical figure of the underground movement in the U.S. In this sense, he is an essential author of the counterculture. As we discussed at the beginning of this essay, he has been associated with the Beat Generation, with the San Francisco Renaissance and with the Black Mountain poets (a mid-twentieth century American group of avant-garde or postmodern poets based at Black Mountain College in North Carolina). However, despite his undoubted influence on these authors, Snyder is not easily classified in any current or poetic school, and even less in the Beat Generation, because, despite some people, there is a decisive fact that can corroborate it: in the 1950s, a period in which the Beat Generation was at its peak, Snyder lived in Japan.

Poetry, Zen Buddhism, the daily practice of Zazen meditation, have been for Snyder the key elements that have allowed the development of a new ethic, a new aesthetic and, therefore, a new way of life. Gary Snyder is a wise intellectual, a poet embarked on the quest for silence through words, in a world in which everything is constantly flowing, a constant search, with life and work always marching hand in hand, in unison. It is difficult to single out one title among all his philosophical-poetic work, but we choose La isla de la tortuga/Turtle Island* (the collection of poems that won the Pulitzer Prize for poetry in 1975) and his collection of essays La práctica de lo salvaje/The Practice of the Wild* (a book of philosophy, in which there is no concept that is not based on an experience, a trip or a path). Two works that serve to take us on a path of initiation, with a mixture of ingenuity and intellectual rigor, with silence as a traveling companion.

The best conclusion to this brief article, in Gary Snyder's own words, is found in the lines of his poem Para los niños/For the Children:

The rising hills, the slopes,
of statistics
lie before us.
the steep climb
of everything, going up,
up, as we all
go down.

In the next century
or the one beyond that,
they say,
are valleys, pastures,
we can meet there in peace
if we make it.

To climb these coming crests
one word to you, to
you and your children: 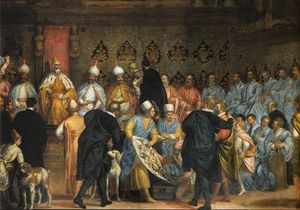 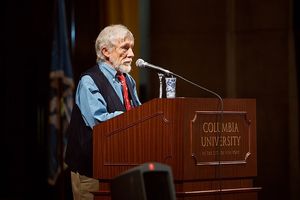