Following the comment on the death of Darya Dugina, I commented on Germany on this:

Regarding Germany and the SPD in particular, and its positions with the Russian oligarchy and the German establishment we can see this information in DW, and this article in Der Spiegel.

Chancellor Scholz said that we need tourist visas so that persecuted Russians can escape to freedom. In my opinion the chancellor is not defending this aspect of visas in a serious and rigorous way, and is rather in tune with certain balances in his own party and the German establishment, and it can have terrible consequences. Let us imagine that someone leaves Russia and applies for asylum in the EU. Such an application will almost certainly be rejected, especially if the applicant has been able to move freely in Russia. The application criteria are strict. So now we send the applicant back to Russia with a document saying that his asylum application was rejected, which could create much bigger problems for him in the future. There is quite a powerful reason why we don't tell people to circumvent the rules and use visa fraud, although hopefully someone in the German government and the German federal administration knows this. Rather it would possibly go in another direction, as I have just suggested.

Russian media warn that if Friedrich Merz becomes German chancellor, Ukraine will join NATO and the risk of war with Russia will increase, the following article, taken at random, is an example of the insistent Russian narrative these days on this issue.

Regarding China and Germany, and Germany's increasing dependence on China, see the following link.

Lately I have been seeing a number of things that have caught my attention, for example this article in Der Spiegel, and the sending of more military aid, and also in the field of energy, which has raised a number of questions for me, for example:

1/ Has there been pressure from the grassroots on the issue of Schröder and his energy connections, among others, and the benevolence shown by Scholz in this respect? Do the grassroots understand that Germany's security depends on Kiev? Do they feel and react to the moral positions that have been put forward since 2014 and that have been getting worse? From there, have the grassroots put pressure on this party structure, forcing it to take decisions that, if taken to their ultimate consequences, could lead to a rupture of this part of the German establishment with its Russian counterpart? Given the clear British (and American) leadership, one reading of Brexit - I have been pointing this out for some time - is precisely this: to break German geopolitics in this region, and to call into question very solidly the German hegemony of the European Union, with France which has also been looking favourably on certain aspects until now, but which also fails in its grand strategy of domination of Europe precisely because its "bridge to Moscow" is broken; and,

2/ On the other hand, a fairly cohesive (and coherent) bloc could be forming in Eastern Europe, with leadership revolving around Finland, Estonia, Poland (and Lithuania), for example. Are Germany trying to nuance or correct this? And, on the other hand, how do they expect to be credible in this regard when China's dependence on Germany is added? Bearing in mind the Scandinavian technology sector and Lithuania's agreements with Taiwan and the key issue of semiconductors, for example.

And many other questions I have about this, and to what extent there is, for example, pressure from the grassroots or not, and that in turn opens up more possibilities. 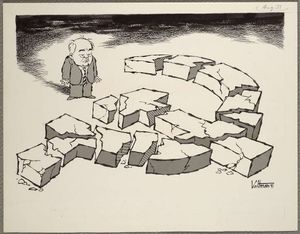 Russian Partial Mobilisation and Ukraine Steps Up its Efforts. A Commentary